Extra show! I will be joined by The Scrapes and Cradle of Isis on Sunday 14 December at 5pm for an evening of rich and intriguing sound worlds. The Scrapes are an improvising violin and guitar duo, both of whom also use electronics, and I have admired their work for about five years. Cradle of Isis are a relatively new act consisting of singer and guitarist, performing sonically striking originals with Eastern influences and the odd Jeff Buckley cover for good measure.

The Viola Cloning Project will headline. Expect several premieres and the christening of some new gear (neither of which are exactly uncommon occurrences in VCP shows, admittedly). 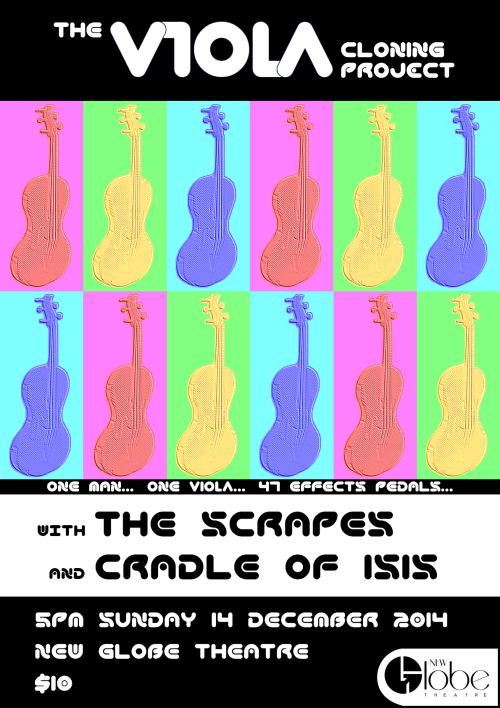